Oxford Castle and the Medieval Jews 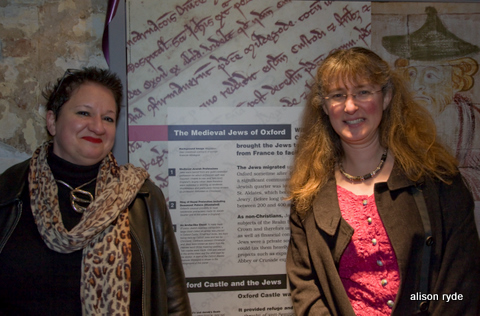 A new interpretation board displaying the story of the Medieval Oxford Jewish community and its special association with Oxford Castle was unveiled on Thursday 14th October 2010.    Positioned prominently in the 900 year old Norman crypt on the Castle site, the board was the work of the Oxford Jewish Heritage Group, headed by Dr Evie Kemp.   The ribbon cutting honours were undertaken by Simone Plaut, daughter of the late Henry Posner, whose generous bequest to the Oxford Jewish Community funded the project.

Pam Manix, the group’s medievalist, gave a lecture on the history of the Medieval Jews of Oxford after the ceremony.The event was attended by representatives of Oxford University, Oxford City Council, Oxford Castle Unlocked, Oxford Civic Society and the Ashmolean Museum ,as well as the President (Simon Ryde), Treasurer (Stuart Kenner) and Secretary (Alison Ryde) and other members of the Oxford Jewish Congregation.

The board can be viewed by visitors to the Oxford Castle Unlocked, in central Oxford.  See their website for opening hours and admission prices. 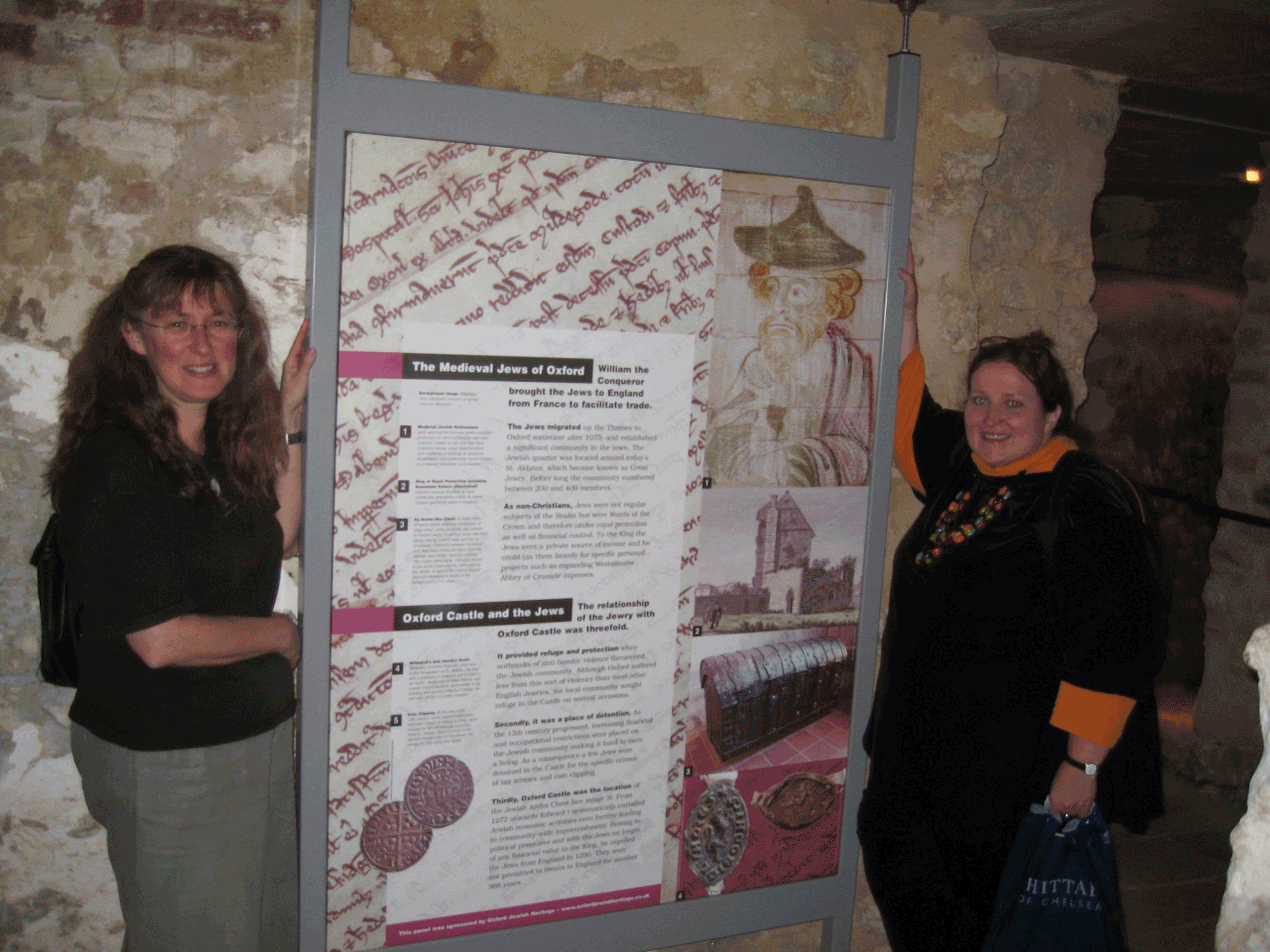