That summer Oxford WIZO had run a children’s’ summer camp (kaytana) on the subject of Medieval Jewish Oxford. The historical background to the camp program had been based on Cecil Roth’s book The Jews of Medieval Oxford published in 1951. It became increasingly obvious to a new generation that Oxford’s Jewish heritage was a rich yet largely hidden entity (“Invisible in Oxford: The ‘Public Face’ of Medieval Jewish History in Modern England”).

On Rosh Hashanah (Jewish New Year) one of the kaytana organisers delivered an address to the congregation challenging them to raise the profile of Oxford Jewish History. The Heritage Committee and more recently this website were set up as a consequence. The original committee members have been supported and joined by several historians in this field. 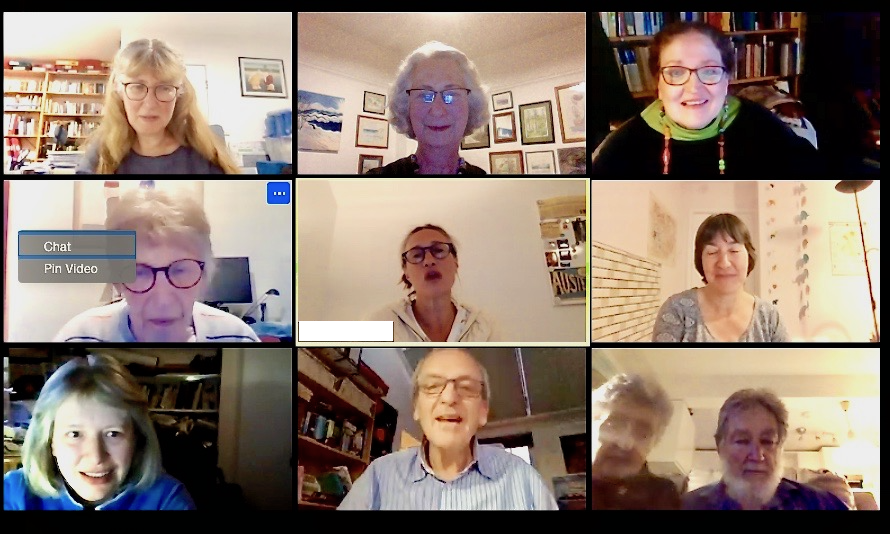 The Committee meets during the Coronavirus Pandemic by Zoom.   This image taken April 2020.

In alphabetical order the committee consists of: