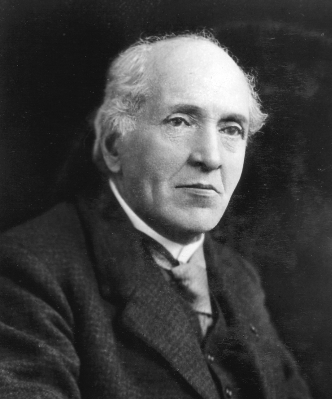 In Oxford terms he is perhaps most interesting as, according to a report with no trace of irony in it in the Birmingham Daily Post of 16 June 1883, ‘A Jew has, for the first time, gained a Hebrew Scholarship at Oxford: Mr Herman J Cohen having been awarded the Pusey-Ellerton Hebrew Scholarship’.    According to Oxford men, 1880-92, with a record of their schools honours and degrees* he was born at Ramsgate, Kent, the son James [sic†] Hermann, gent Jesus Coll, matric 19 Oct, 81, aged 20 (from University coll, London, and fellow 92), scholar 81, BA 85 (Honours:—1 classical mods 83, 1 classics 85, Hebrew scholarships 83 and 86, Syriac prize 86, septuagint prize 87); bar.-at-law, Inner Temple, 91.    His father had been briefly a Rabbi and latterly head of a well-known boarding school for Jewish boys in Brighton, and was President of the Middle Street Synagogue there.

Herman Cohen was one of seven children: a younger brother seems to have been the only child to have broken from his Jewish upbringing by indulging in seemingly dodgy financial journalism and becoming press agent to the Gaiety Theatre and later marrying one of the ‘girls’ in whose messy earlier divorce he was involved.    Herman received his early education from his father, and subsequently entered Jews’ College.   He attended lectures at University College, where he gained prizes and certificates in classics and philosophy, and subsequently was awarded the Fielden, Andrews and Hollier (Hebrew) Scholarships. He graduated MA at London University.   He took an Open Scholarship at Jesus College, Oxford, and took a first in honours at both Moderations and Greats.    He was awarded the Pusey and Kennicott Scholarships for Hebrew, and the Sanskrit Scholarship.

He subsequently filled the posts of Lecturer in Classics at University College, of which he was made a fellow, and Lecturer in Criminal Law and Evidence, at Oxford.  He had been called to the Bar at the Inner Temple, but his legal activities lay largely in the direction of editing text-books, among them being The Spirit of our Laws (of which the Daily Telegraph wrote that it ‘should take its place as a standard work in all good libraries, for we do not recall any book of a like character. Its preparation was distinctly a happy thought), The Law of Cabs in London, Trade Union Law and Cases, and Trade Union Cases since the Trade Disputes Act, 1906.    His A History of the English Bar and ‘Attornattus’ to 1450 was republished in 1968 when it was reviewed favourably in the Times.   He also wrote largely on legal matters for the newspapers and wrote polemical articles on Judaism in the wider press.

He was joint editor of the authorised edition of the speeches of Mr Gladstone [which oddly started with vol 10 and it, with vol 9, were the only ones to be published].   He stood, unsuccessfully, as a Progressive [Liberal] candidate in the LCC elections of 1907.   His was the idea to found the Maccabeans, and was one of the most active members of the Committee, having been Hon Secretary and also a Vice-Presiden having persuaded Solomon J Solomon to be it’s first president.

He was also Vice-President of the Society for Jewish Jurisprudence and played an active part in the Jewish Lads Brigade.   He was an excellent and witty speaker and an amusing raconteur.   Rabbi A Mishcon [of Brixton Synagogue, whose son was the lawyer to Ruth Ellis, the last woman to be hanged in England, and to Princess Diana] wrote: ‘Herman Cohen was a unique figure in Anglo-jewry.  His disregard for convention, his iconoclastic disposition, seemed to stamp him as a kind of Elisha Ben Abuyah [or Avuyah] of our own day.  Yet in one respect his character bore a striking resemblance to that of the founder of the Priestly family to which he belonged.   Like Aaron, he was essentially חדאת אוהב הביד a lover of his fellow creatures.  His many-sided activities at the Brixton Prison, where he served as an ‘unofficial visitor’ and as Chairman of the Discharged Prisoners’ Aid Society, were always carried out with love and devotion.   He declined to confine his care to men of any particular creed.   His legal knowledge and wide experience were readily placed at the disposal of all those who had need of them, and never would he allow personal inconvenience to deter him from rendering his service which so often proved to be of great value and real help.  Academic eminence does not always spell success at the Bar and, though always sound lawyer and a good speaker, never won a high position as an advocate.’

It is as an author and a reporter that he was remembered.   However in two of his cases that were reported at the time his humour and skill in cross-examination show, first from 1895: KISSING A NEIGHBOUR at the West London police-court, Charles King, who, it was stated, was a purveyor of refreshments, at Jerdein-place, Waltham-green, was summoned before Mr Plowden for assaulting his next door neighbour, Mrs Carter, who kept at tobacconist’s shop.  Mr Herman Cohen, barrister, appeared to support the summons, and Mr Haynes for the defendant. In opening the case, Mr Cohen said the defendant had annoyed the complainant during the absence of her husband, who had employment at night.  He wanted her to walk with him and to kiss him.
Mr Plowden: Is the kissing the subject of complaint?
Mr Cohen: No. I want to show it was not an accident.
Mr Plowden: Kissing is not done by accident. (Laughter.)
Mr Cohen: It is shown in some of the modern novels. It is a fiction, of course. (Renewed laughter.)   The complainant, a genteel-looking young woman, said on the 2nd inst. the defendant came into her shop to be served. He pulled her blouse, caught hold of her and pulled her into the room, put his arm around her neck and kissed her three times. She told him that many brighter men had to pay for a kiss. (Laughter.)   In answer to a question the complainant said she never encouraged him. She further stated that the defendant kissed her three months ago. She overlooked it on account of the illness of his wife.
Mr Plowden: You forgave him the first time. Can’t you forgive him the second time?
The complainant: No, not after the scandal.
Mr Plowden: Were they stolen kisses?
The complainant: Yes.
Mr Plowden: Took you unawares?
Mr Cohen (to the complainant): He chased you round the room?
Mr Plowden: And got the kisses. (Laughter.)
Mr Plowden bound the defendant over to keep the peace, and said if he kissed the complainant again he would do so at his peril.   (Laughter.)

And another from 1897:At Clerkenwell County Court, Messrs Cropper and Co, Limited, of Fann-street, EC, paper manufacturers, sued ‘The Cunningham Egg Fruit Company’, of Covent-garden, egg fruit powder manufacturers, for the value of a large number of cardboard boxes made to the order of the defendants, but of which they refused to take delivery.   Robert Cunningham gave evidence that most of the boxes easily came to pieces, and the word ‘Signature’ printed оn them had been spelt without the ‘n’ in consequence of which he had lost many of his customers, and he himself had been held up to ridicule.
Mr Herman Cohen (for plaintiffs),—You are аn authority on spelling?
Witness—I am an expert in spelling. Ask me any word you like in the English language, and I’ll spell it right off. (Laughter.)
Mr Cohen.—How do you spell ‘ridicule’?
Witness—That’s really too easy, Ask me something more difficult. (Laughter.)
Mr Cohen—I shall be satisfied if you spell ‘ridicule’.
Witness—Well; r-e-d-e-c-u-l-e (Much laughter.) Ain’t that right? (Renewed laughter.)  You must have confused me: try me again, (Laughter.)
Mr Cohen.—Thank you; I am satisfied with one example. Your spelling of ‘ridicule’ is good епоugh for me. (Laughter.)
Judge Meadows-White gave judgement for the plaintiff, and disallowed a counter-claim.  He was said to be the kindliest of men, and he did much for the unhappy class with which his professional activities brought him into contact.   He interpreted the injunction to ‘visit the imprisoned’ literally, performing his task with tact and regularity, and he was an active supporter of the Discharged Prisoners’ Aid Society.   Country walks, in mixed company, were his chief relaxation and he enjoyed any form of disputation.

In 1896 he married Bessie Salaman, seventh of fourteen children of a successful ostrich feather merchant.   A sister and brother were at the Slade with Augustus and Gwen John, and she became a close friend of Gwen John.    Ida Nettleship, who was to marry Augustus John was first engaged to another of Bessie’s brothers, while Gwen seems to have had her eye on her brother Michel.   It may have been that even by the standards of that quite Bohemian family he was considered a bit too much and Herman and Bessie separated despite having two sons. The elder, by accident of history became first an Officer in the Royal Navy [most uncommon for a Jew at the time] and later what we would now call a spy-master. The younger, by design, became an actor and performed on Broadway.

Thanks to  Mr Colin Cohen for submitting this information about his grandfather.