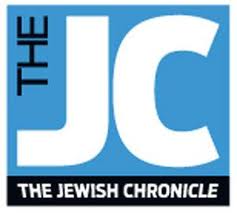 As reported in the Jewish Chronicle 22 January 2021

The gift will support curator’s role for the Bodleian Libraries’ world-class collection of Hebrew and Judaica books.    A charitable endowment has secured the future curatorship of one of the world’s most important collections of Judaica, at the Bodleian Libraries at Oxford University.      Sir Victor Blank, a vice-president of the Jewish Leadership Council, will support the post with the Rothschild Foundation Hanadiv Europe, whose trustee board he recently chaired.

The Bodleian’s treasures include a fragment of Maimonides’s Mishneh Torah in the hand of its author and the 15th-century illuminated Kennicott Bible.         Sir Victor, who studied history at Oxford, said, “My love and fascination with the Bodleian Library goes back to my undergraduate days. As a historian, I came to appreciate the uniqueness of the Bodleian, housing and preserving swathes of our written history in this country and across the world.        “The pre-eminent collection of Hebrew and Yiddish books – a collection as good as almost any in the world – requires love and care from a dedicated curator. I am delighted to be able, with the Rothschild Foundation Hanadiv Europe, to secure that post for the future.”

The current curator, Dr Cesar Merchan-Hamann, will work with the National Library of Israel’s digitisation programme to enable greater access to the Bodleian’s holdings.       Lord Rothschild said he was “particularly pleased that the Bodleian’s relationship with the National Library of Israel, which Yad Hanadiv, our family foundation in Israel is deeply involved with, will be deepened and enhanced through this collaboration.”      In recognition of the gift, the library post will be named “the Victor Blank Curator of Hebrew and Judaica”.